An Imaginary Christmas in Idaho

An Imaginary Christmas in Idaho is an audio CD featuring 19 songs and stories by Award-winning folksinger Rosalie Sorrels and some of her long-time Idaho friends. 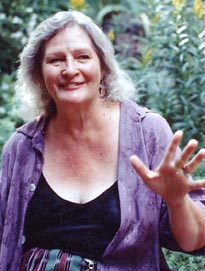 "Idaho’s gotten a lot of bad press lately," Sorrels writes in the liner notes. "It used to be when I said I was from Idaho, people would say: ‘Oh, yeah . . . potatoes . . . Frank Church, Ernest Hemingway, Vardis Fisher.’ Now they say, ‘Do you live anywhere near Ruby Ridge’. . . or ‘Aren’t you afraid of all the Neo-Nazis?’" This album is intended to demonstrate that we are just a regular bunch of ordinary people with extraordinary lives: respectable, hardworking, just like everybody, everywhere. . ."

Winner of the 1999 National Storytelling Association’s Circle of Excellence Award, Sorrels conceived the project after years of offering popular holiday concerts with novelist/poet friend Gino Sky. Having become something of a holiday tradition, their sold-out concerts are memorable evenings of warm and greatly entertaining stories and folk favorites Sorrels has gathered from her 40-year career as folk music’s "Traveling Lady." After a 1996 Christmas concert, Sorrels decided she wanted to capture some of that holiday magic on CD. Much of An Imaginary Christmas in Idaho was recorded live in Boise’s Basque Museum and Cultural Center, with the audience often taking part in the singing.

Gino Sky, author of the Rocky Mountain cult classic Appaloosa Rising (Doubleday, 1980), and a slew of other books of poetry and stories, reads a couple of stories and poems based on his wildly eccentric family. Among the stories he reads is "The Fruitcake," an autobiographical story about a beat generation-era poet’s homecoming to secure his Mormon mother ‘s "secret" fruitcake recipe. The story appeared in Country Living to rave reviews several years ago and was later reprinted in the Chicken Soup for the Soul Cookbook.

John Thomsen and the More’s Creek String Band strum a couple of jigs, sing of the Norwegian delicacy "lefse," and Christmas cake, and together with Rosalie collaborate on an altered and politically skewed version of "Jingle Bells." Biotzetik rounds out the album with a couple of Basque choir classics. The late Cinde Borup’s original "Christmas in Their Eyes" is a one of the album’s poignant highlights.

Accompanied by a colorful 12-page booklet, An Imaginary Christmas in Idaho also offers a collection of Rosalie’s favorite holiday recipes, from cookies and fruitcake and hot buttered rum, to such culinary delights as baked eels, stuffed Escarole, and heavy fried cream.

An Imaginary Christmas in Idaho is an Idaho product, from the artists involved, to sound recording, to cover art (by Joel Beck), to design (by Boise’s Fred Fritchman).

Purchase this item directly online by simply adding it to your cart. Or, if you prefer to pay by check, print our book order form and mail it with your check to the address above. ($3 shipping on all orders)